Yesterday, I did a full reinstall of Lubuntu on my laptop. I was on 20.10 and I’m now on 21.10. Everything seems to work well, except that Firefox causes major issues. It frequently freezes, and cause the whole computer to freeze also soon after. It freezes for 2-10 minutes, then unfreeze for 30 seconds to 1 minute, then freezes again. When Firefox is minimized, there’s no problem.

In the meantime, I installed Chromium to be able to use the web and post this message. Chromium works fine, including being able to watch videos.

I suspect an issue with the graphic drivers because it seems to happen mostly when I try to watch a video. In Lubuntu 20.10, in there was a way to install nvidia drivers but that options is not available in 21.10. 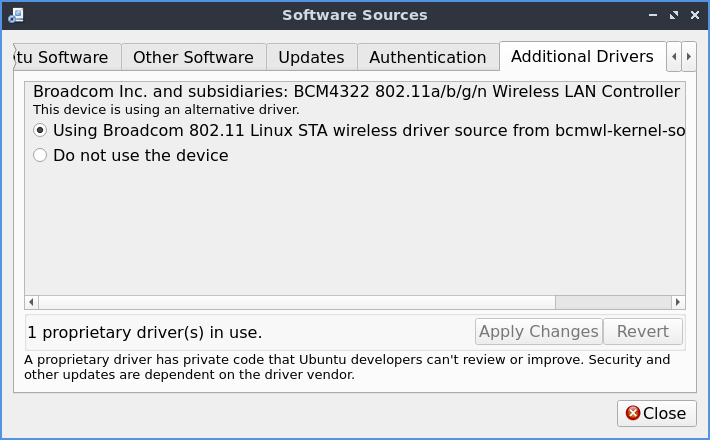 Installing that driver solved a lot of issues on this laptop (for example: it allowed to use Suspend without causing the laptop to freeze on black screen). 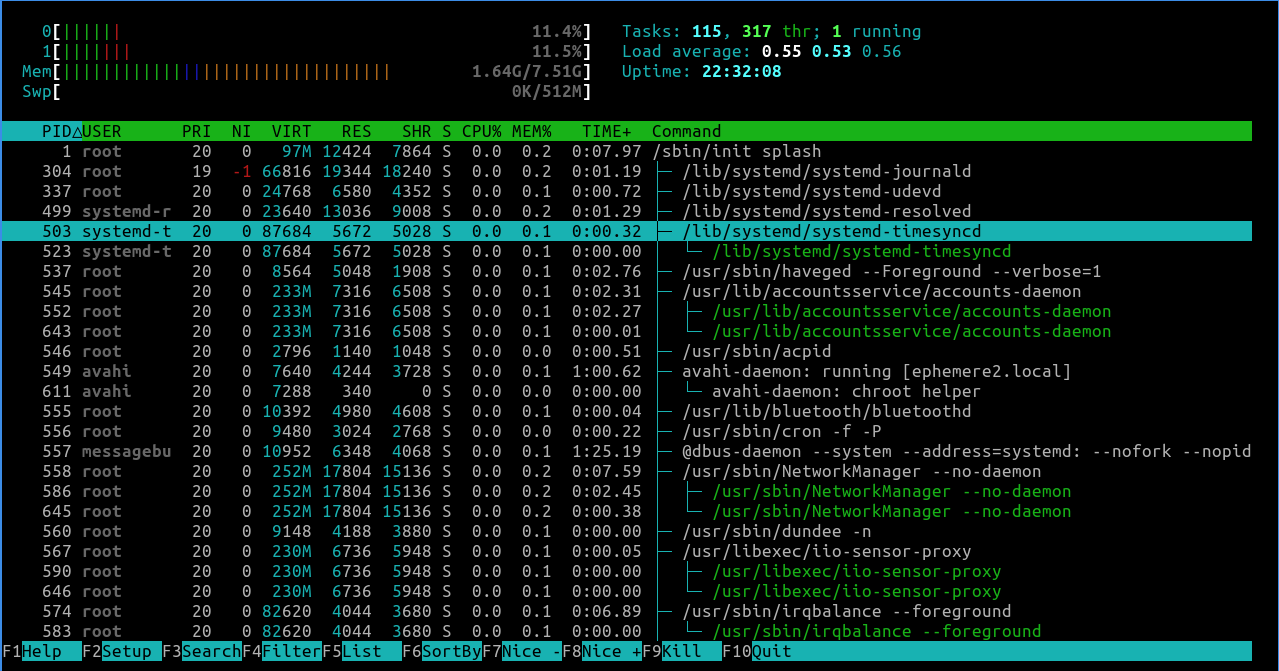 Swap enabled? Is it large enough?

Do you have swap enabled? and if it’s enabled; is it large enough? Lubuntu 21.10 defaults to having swap enabled, but it’s rather small & doesn’t fit all uses of the OS; I for one would increase the size on my old 2009 hardware.

Additional drivers are done the same way in both Lubuntu 20.10 though 21.10; in the manual it’s found in https://manual.lubuntu.me/stable/4/4.3/software_sources.html (see “Proprietary Drivers”), at least from a user standpoint.

From a technical one, drivers are actually kernel modules which means they’ll have changed as 20.10 used the 5.8 kernel, 21.04 the 5.11 kernel & 21.10 uses the 5.13 meaning you’ll be using the appropriate kernel module (driver) for that kernel thus change. Lubuntu LTS releases offer two kernel stacks; so for older hardware you can use the GA stack that doesn’t change which can often perform better than newer kernels (newer hardware tends to need later kernels) but that’s not an option available for non-LTS release.

My hunch is also with graphics driver since Chromium works fine.

I’ll try to dig around and see what I can find.

Does it not show anything under the Additional Drivers tab now?

If you were using Chrome/Chromium based browsers, I’d suggest disabling hardware acceleration. That resolves those sorts of issues with remarkably frequency. I’m not so sure with Firefox, but it’s worth trying.

I did a lot of trial and error. So far, it seems that:

So, for now, I guess I’ll keep using it with disabled accelerated graphics, which is unfortunate because it does use a lot of CPU, which this old laptop is lacking.

Now, to answer you questions:

Is the image you provided what you currently see on 21.10 or what you saw in 20.04? Does it not show anything under the Additional Drivers tab now?

The image I provided is what I currently see on the new install (21.10). The only driver available is for my WIFI modem (which I installed). When I used Lubuntu 20.10, there was another driver for the NVIDIA graphic card in my laptop, but that option is not available in 21.10.

You mention an upgrade from 20.10 to 21.10; an unsupported upgrade path, and didn’t say how it was achieved

I did a full reinstall, by which I meant that I reformatted the hard drive and did a clean fresh install of Lubuntu from a USB key with the latest image available. The only things that were transfer after the install is whatever Firefox Sync transferred.

Do you have swap enabled? and if it’s enabled; is it large enough?

Yes. Lubuntu made a swap of 512 MB when I installed it. But since I have 8 GB of RAM on this laptop, I’m not anywhere close to use the swap, even with lots of tabs open. I try to keep few apps open at the same time, because this old macbook is mostly limited by the CPU and gets hot easily.

I really wish I could install the NVIDIA driver. Any idea why it’s not showing up?

Here’s what I see in Software Sources: 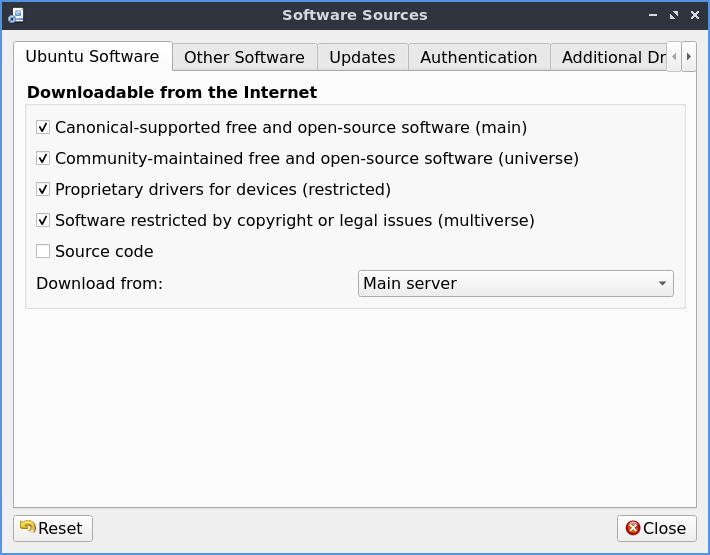 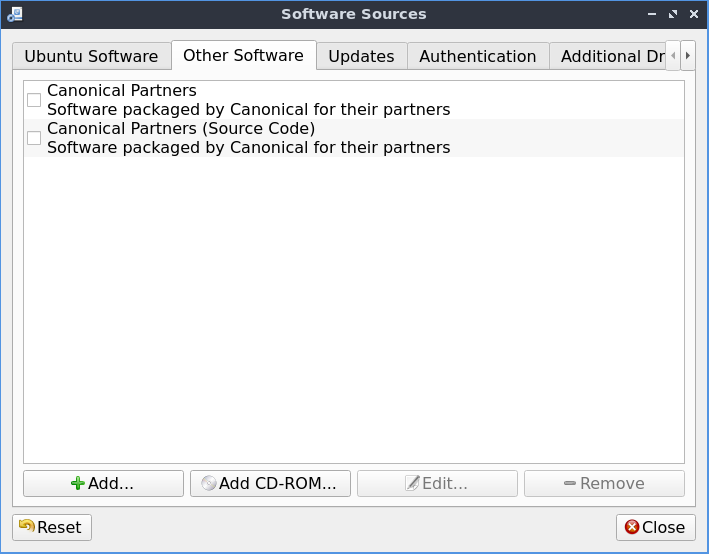 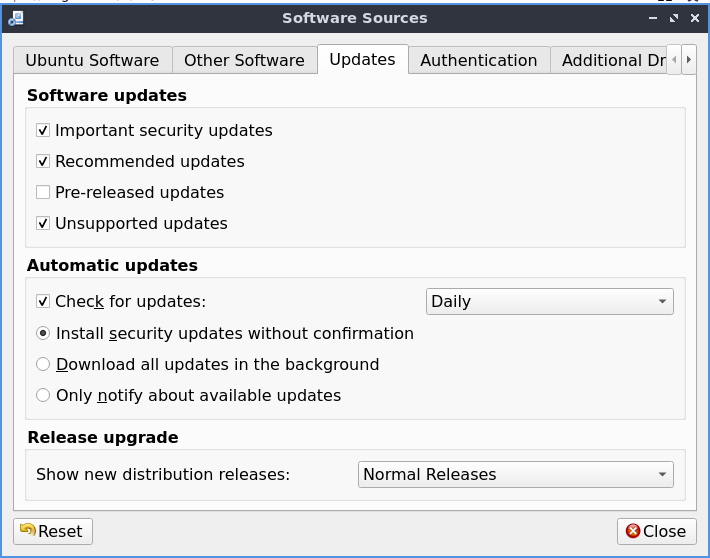 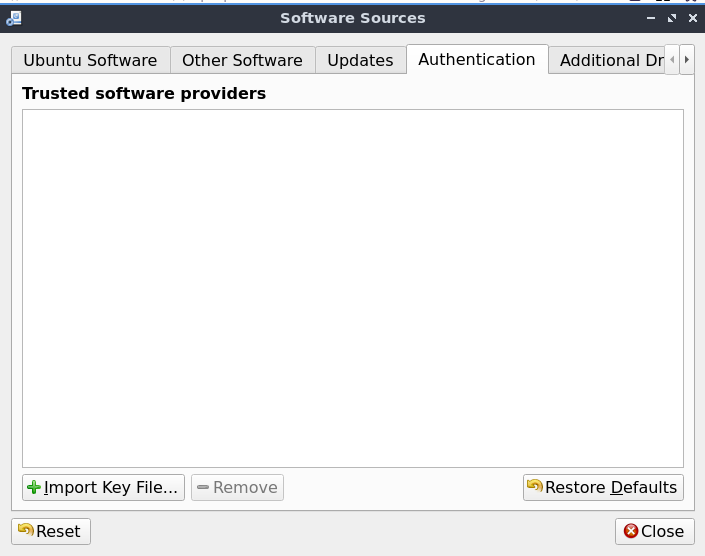 An update for anyone reading this thread:
The problems I have are not specific to Firefox, so I created a new thread: https://discourse.lubuntu.me/t/lubuntu-21-10-completely-freezes-when-watching-videos-on-old-macbook-pro/3024?u=narf