How do I update just Firefox on a Live boot Lubuntu 20.04 LTS?

I live boot Lubuntu 20.04.3 LTS daily. I never installed it. It still works great, considering my Firefox is so outdated. My software skills are not too good in Linux… Can you show me please how to easily update Firefox in a live boot session? I want to keep things simple, I want to only update Firefox and update nothing else on the system.

You can try at a terminal

to upgrade that package; it will cause anything else required to be upgraded as well. You will of course need to have already updated your software lists using sudo apt update; but a 20.04.3 daily image is well over six months old, so I’d suggest updating your ISO.

If you’re worried about bandwidth issues and thus why you’re using such an old ISO, you know you can use zsync to update an existing ISO and download only the changes. It will need to then be re-written to your media for use (unless you’re using it in a VM, or loading via a grub menu option etc)

I see a sample part of a script on this thread though as it’s over two years old, that script will have changed

Wish I knew how to do zsync. Is it not too complex for newbies to learn?

So your step by step instructions are:

As for zsync, it’s mentioned mentioned in the manual; eg. https://manual.lubuntu.me/lts/1/1.1/retrieving_the_image.html

I thought about adding my zsync_focal script here, but most of my code provides me visual differences between the new download & my prior download so little of the code will be of interest to you… zsync isn’t difficult. The Lubuntu manual should be easier to follow… it boils down to two lines

the first wget grabs the zsync file that allows your machine work out what has changed, the second command (zsync) actually downloads those differences updating your existing file.

@computerdude92 I hate to have to say it, but the setup you’re describing is a very bad idea from a security standpoint. Even if Firefox is up to date, there’s lots of software on a live ISO, and there have been a lot of security updates between now and 6 months ago. I’ve believe I’ve gotten hacked from failing to update my system regularly (yes, even on Linux). A live ISO should be used for testing out the OS, offline maintenance, and installation. Not daily driving.

However, if you’re booting from a live ISO for the sake of having an OS on a USB drive, you can install Lubuntu to a USB drive the same way you’d install it to a hard drive. Just boot up the live ISO, plug in a blank flash drive of a sufficient size, and then follow the Lubuntu installation process. When you get to the “Partitions” screen of the installation, click the dropdown next to “Select storage device”, and select your blank flash drive. Use the “Erase disk” installation option, and change “Swap to file” to “No swap” for the sake of flash drive longevity. Here’s a picture of the screen where you need to make the changes: https://imgur.com/a/0uAYPcl

Lubuntu will install itself to your flash drive as if it were installing to any other drive in your system.

The next thing you should do is click the Application Menu in the lower-left corner of the screen, hover over “Preferences”, and click “Apply Full Upgrade”. This will update your whole system, making it way more difficult for you to get hacked. It will also update Firefox.

Reboot once the update is complete, and you’re good to go!

Thank you so much! What an easy solution! I’ll do it.

Note that it’s possible you’ll run into a bug doing this - I discovered that on at least one system, installing to a USB drive didn’t work, but on another system, it did, so YMMV. I’m hoping to look into this more and file a bug report eventually. 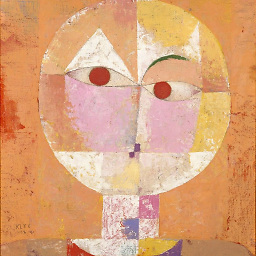 How to Create a Full Install of Ubuntu 20.04 to USB Device Step by Step

But if you [only] intend to run your system in one computer, there is no need for these special operations, an almost standard installation targeting the external drive should work.