Hi, im using Lubuntu 20.10. Yesterday i installed virtualbox from then when i start lubuntu it says “Failed to start virtualbox web service” and after few seconds system boots and everything works fine. But now below that it says “[FAILED] Failed to start detect available GPUs and deal with any system changes” and its stuck it wont boot. help.

I thought it was a problem with virtual box so i went into recovery mode, root shell, and uninstalled virtualbox from there. I have a lot of free system memory, im not using proprietary drivers, GPU is NVIDIA GeForce 9600M GT.

I’m a little baffled at this one but perhaps most confusing is the original post. I read it like so:

Those last two are contradictory, it seems. So I’m a little confused as to what to say.

Looking on AskUbuntu, there’s a whole hoarde of different issues that come up with that error. Several were determined to be hardware problems. Of the others, it’s kind of a random selection of possibilities: 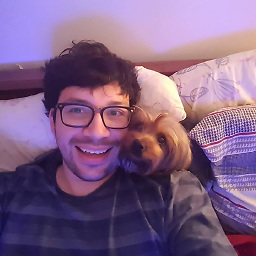 Ubuntu hangs on boot after blackout- Detect the available GPUs

I fixed it, i was looking for the fixes on the web and everything consisted of lightdm as a display manager to be the problem, but lubuntu 20.10 uses sddm. So i went to root shell in safe mode and installed lightdm from there, restarted and everything worked fine. Thanks for help i thought there is no fix for this.

If it’s the display manager, maybe simply reinstalling sddm could have done it.