Lubuntu install some widgets in systray.
Is possible install more widgets ? Where download ?
The widgets are components from LXQT source ?
Thanks.

I can’t provide the definitive advice of the developers here, but this is where I’d look for clues on what I could do. 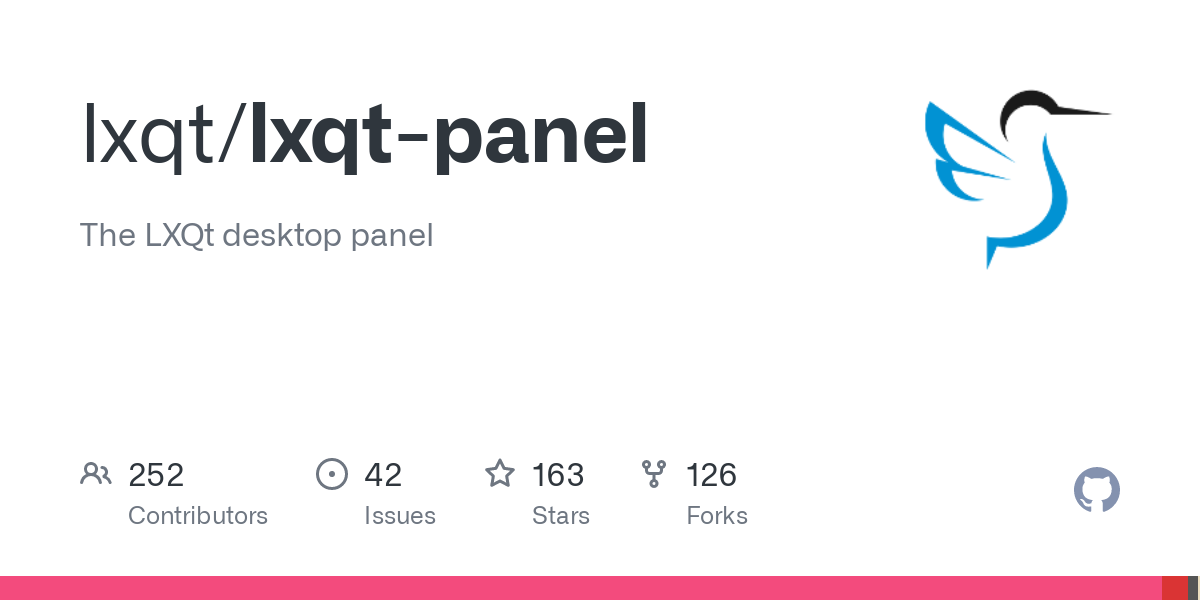 The LXQt desktop panel. Contribute to lxqt/lxqt-panel development by creating an account on GitHub.

Yes it’s possible to add more, and I’d likely use the Lubuntu Upgrade Notifier as an example.

If you need advice though; you’ll need answers from others.

If 3G signal is weak and the connection is droped when clicking in internet icon… in taskbar using mouse right button the network menu is displayed , but the menu is freeze stuck and the for more or less 10 seconds the OS is freeze stuck not being possible open the start menu and happen a taskbar crash. After the taskbar is reloaded not crashing the OS returning to normal.

LXQT not have network icon ? widgets are added by Lubuntu team ?

No I used the Lubuntu Update Notifier as example as I know that one was created by a Lubuntu team member. I also expect it to be one of the easier examples (as we QA-tested it and minor issues, I at least looked at its code).

Most of the widgets (or in LXQt terminology plugins) are from upstream.

ps: I know your reply may have preceded an edit/save of the example to my post, but as I went to my next task I had second-thoughts & decided an example maybe helpful; thus it’s addition.

You help very much the users.
I had analyzed some distros in 2020 and my choice was Lubuntu and thus using for more than a year and sincerily I not wait return to previous OS.
I had information about Linux being a good OS, but never had tested simply because not had some softwares.
In moment trying search a software alternative for Precision X1 and DriveGleam both GPU and disk monitoring in systray. Only need information and not control gpu.

One good detail about Lubuntu is that not need configure using several commands thus I had installed in others machines and for friend.